One of the more recent trends on the 2005 and newer platforms is for the head lights to live a very short life.  There are a few reasons as to why this happens.  One of the key reasons the bulbs don’t last, is that the lights spend a lot of time on, which over time weakens the element as the constant heat is hard on the bulb.  Now add the fact that as the car and the suspension ages the head light bulb now vibrates more than it did when the car is new.  Heat coupled with vibration is ultimately what causes the element to break.

One of the things I often try to convey is that there is a major difference between in parts quality.  Your Subaru needs what is called a long life bulb or for the point of this article an H7LL in most 2005 and newer Subaru Models.

Per application in many parts catalogs it will call for an H7.   Subaru recognized the standard bulb wasn’t up to the task and superseded the part to another part number indicating a Long Life bulb part number 84920 AG020.  The H7LL bulb has a much stronger element that will last longer than the standard H7 bulb, yes it is a little more expensive but only a few dollars.

In the pictures below, I have tried to point out how it’s nearly impossible to look at the bulb and see a difference but on the Box itself there is a different part and catalog number. 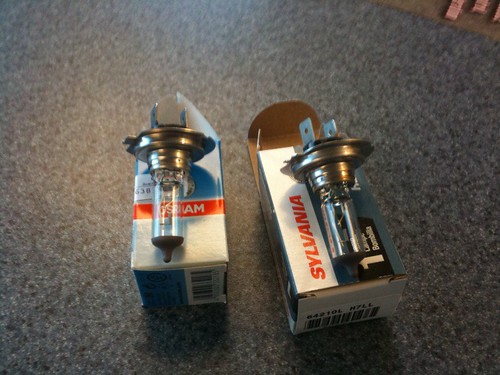 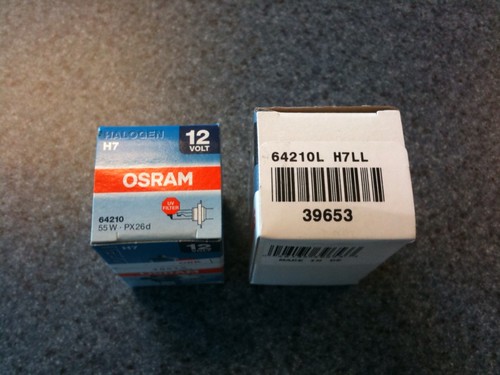 As always it’s up to you the owner of your car to know what is being used in the care and service of your Subaru, I will try to point out trends as I can to help you along the way.

Subaru began sending out letters to Subaru Owners of 2010-2012  Legacy and Outbacks offering to reimburse for prior bulb replacements as well as cover bulbs for 10 years. This only applies to the 2010 to 2012 Legacy and Outback models, the original post apply’s to Subaru Cars made as early as 2005.

If you have an affected vehicle and you have paid to replace the bulbs Subaru will reimburse you but only until November of 2016. after that you must go to a Subaru dealer to have them done under an extended warranty.  You can find out more information buy Calling 1-800 Subaru 3.

Please understand the entire point of this post was to inform about the Dealers as well as aftermarket part suppliers are not always selling or installing the Long Life bulb the car requires.