In the Mid nineties Subaru went from an all aluminum Seperator plate to a plastic one, no doubt to save material cost. The plastic ones tend to crack over time and leak. The aluminum units are not available but Subaru has an updated kit made form stamped steel.

If you are having repairs made to your Subaru or are taking the engine out for any reason, this is a good thing to look into replacing while you are at it. 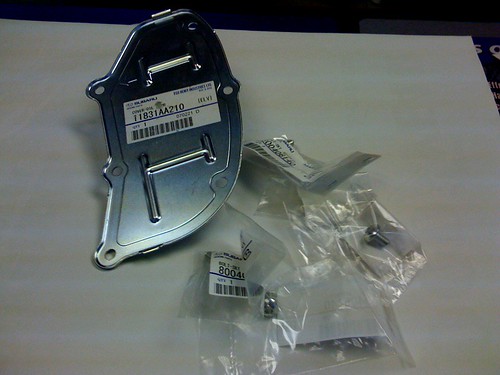